One of the lesser-known aspects of J. Gresham Machen’s (1881-1937) brilliant and stormy career was his nomination in 1926 to be Princeton Seminary’s professor of apologetics. Since 1906, Machen had taught New Testament at Princeton and distinguished himself as the foremost conservative biblical scholar of his generation through books on the apostle Paul and the virgin birth of Christ. Yet, the field of apologetics was not foreign to Machen, as evidenced by his popular book, Christianity and Liberalism (1923), a work that forcefully defended traditional Christianity. Nevertheless, what made Machen’s nomination to the chair of apologetics unusual was not his limited formal experience but rather the opposition it aroused.

The election and promotion of any Princeton professor required confirmation by the Presbyterian Church’s General Assembly. This step in the process was usually a formality. In the seminary’s history no nominee had been vetoed. A different fate, however, awaited Machen. The 1926 General Assembly received a report that questioned Machen’s qualifications because of his attitude toward Prohibition. At an earlier meeting of his presbytery, he had voted against a resolution that endorsed the Eighteenth Amendment and the Volstead Act. Machen had not wanted his vote recorded because he knew his position deviated from most Protestants. Prohibition enjoyed widespread support as an effort to retain the Protestant character of America in an era that saw the unprecedented surge of non-Protestant immigration in America. Machen’s opposition to it was a major reason for the General Assembly’s failure to confirm his nomination. According to one of his closest friends, the General Assembly was avidly Prohibitionist and would have vetoed his election. In fact, Machen’s nomination was tabled in committee, and the Assembly went on to adopt a resolution that opposed any modification of the Volstead Act.

The need to conform to ideological boundaries was not a new phenomenon in American higher education. Without surprise, a number of Protestant seminaries in the late nineteenth century had disciplined professors who were overly enthusiastic about Darwinism and higher criticism. Reputable universities had also excluded professors who questioned the Protestant ethos that dominated many campuses. As late as World War I, faculty who criticized American involvement in the war were often reprimanded by their colleagues and sometimes fired.

Yet, opposition to Machen’s promotion was troublesome because it elevated a debatable political issue over more germane theological and academic questions. While biblical teaching focuses upon the consumption of alcoholic beverages and drunkenness, it is not clear about political matters that regulate the production, distribution, and consumption of alcohol. In his defense, Machen explained that while opposed to drunkenness, he thought federal legislation was an unwise policy and was actually causing moral harm by spawning a network of criminal activity. As a political conservative who favored the sovereignty of local government, he opposed the Eighteenth amendment because it consolidated too much power at the federal level. Yet the Presbyterian Church, which at this time was broadening its theology, took a definite stand on the moral justification and political correctness of Prohibition.

Of course, Machen himself believed that the church should be intolerant. But the kind of intolerance he advocated was theological, not political. He believed that the church’s primary task was to proclaim the Gospel, and that this task required careful attention to theology. In fact, the Presbyterian Church’s witness was circumscribed by the Westminster Confession. A Presbyterian minister’s ordination vows prohibited him from preaching anything contrary to the confession. But when it came to public matters, Machen recommended the course of civil liberty.

Thus emerges one of the conundrums of Machen’s career. While an outspoken foe of theological liberalism, he was a strong advocate of civil liberties and religious pluralism. In addition to his stand against prohibition, for instance, Machen also opposed prayer and Bible reading in public schools, child labor laws, and the creation of a federal department of education. These policies, he believed, often infringed upon the religious liberties of non-Protestants and increased the size and power of the federal government. The way he resolved the tension of supporting intolerance in the church and tolerance in public matters was to argue that religious intolerance was thoroughly compatible with civil freedom. According to Machen, the state was an involuntary organization whose duty was to protect the freedom of individuals, families, and other private associations. In fact, because the state represented the interests of all citizens, it was an interference with civil liberty for it to prescribe any one opinion. The church, in contrast, as a legal entity, was a voluntary organization composed of individuals who united for the special purpose of proclaiming the Gospel. Because no one was forced to join the church, the principle of religious liberty was not violated by requiring ministers and church officials to hold definite theological views. In fact, the activity of individuals organizing for such a religious purpose was one of the rights guaranteed by the U.S. Constitution. The church’s intolerance was simply a manifestation of civil liberty.

Machen’s distinction between public and private institutions is instructive for understanding current debates about political correctness. Machen objected to the inconsistency of the Presbyterian Church being tolerant about doctrinal matters while restricting debate on political issues. In much the same manner, current discontent within the academy stems from the incongruity of universities that champion the inclusion of minority students, faculty, and minority perspectives in the curriculum but also reprove those who challenge the fairness of affirmative action and question the wisdom of expanding the curriculum. This is not to say that academic conservatives are necessarily correct. Deciding who should teach and matriculate, and what should be taught in our universities are difficult and divisive issues.

Rather, the problem of political correctness concerns the public character of American higher education. If the academy hires minorities and teaches courses about people of color on the basis of serving the public and American egalitarian ideals, then it has moved, using Machen’s distinctions, in the direction of an involuntary institution where on principle no opinions may be excluded, even those that oppose such practices. But if the academy advocates and teaches a specific perspective about the superiority of oppressed groups and the inferiority of dominant groups then it has moved, again using Machen’s distinctions, in the direction of a voluntary organization, not unlike a church, where its members are dedicated to propagating a particular opinion or worldview.

Few American academics, however, have been willing to acknowledge the bias of their position. Indeed, one of the legacies of the Enlightenment in America is the tendency to conduct debate, not by reasoned argument, but by appealing to the common interests of the American public. Thus, the Presbyterian Church in Machen’s day presumed to speak for the good of American society even though many Americans held different religious and political beliefs. In the same way today, academics who advocate particular ideologies on the basis of intellectual egalitarianism assume to have the best interests of all Americans in mind even though many other faculty, students, alumni and administrators hold strikingly divergent views.

The solution to this predicament is for all parties to come clean about their own assumptions and the nature of the academy. Here again, Machen is instructive. After rejecting his nomination to professor of apologetics, Presbyterian officials initiated an investigation into the place of Machen’s views at Princeton Seminary. This investigation resulted in a reorganization of Princeton in 1929 that eroded conservative control of the seminary. In response, Machen founded Westminster Seminary, an institution dedicated to Presbyterian theological standards while declining to take a stand on public matters. Though committed to high academic standards, Westminster made no pretense about tolerating other views in its instruction. It imparted a specific theological tradition and excluded others.

Current-day academics, both on the Left and the Right, should follow a similar path. Those who are dedicated to academic freedom and toleration of all views, or who teach at institutions where the public ideal prevails, must welcome all viewpoints, even offensive ones. In contrast, those, who advocate a particular ideology and believe higher education should inculcate that ideology, should endeavor to found private, ideologically driven institutions. But as long as American higher education remains committed to academic freedom, all parties will have to live with an academy that, by virtue of its openness, may not render judgments of political correctness or incorrectness.

Reprinted with permission from:

Daniel J. Mitchell on: The Abusrdity of Political Correctness Has Reached New Heights

The Reformed Conservative aims to reunite gentlemanly virtues with scholarly conversation. Standing in the great Reformed and conservative heritage of thinkers like Edmund Burke and J. Gresham Machen, we humbly seek to inject civility into an informed conversation, one article at a time, bringing clarity out of chaos. 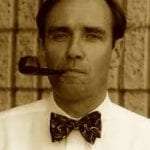 Machen: Education Degradation
An outstanding fact of recent Church history is the appalling growth of ignorance in the Church. This development is due partly to the general decline of education which is why Christians should have ...
2019-11-16T03:32:59-05:00By D.G. Hart|Conservatism|