Gender Stereotyping: Why We Should Do It

Previous Next
Gender Stereotyping: Why We Should Do It

Gender stereotyping has become a cultural buzz word that so many people are being sucked into the emotion and fear of â€˜not allowing your child to reach their full potential.â€™ To say â€œNoâ€ is unloving. For those who claim to be Christ followers I would like to share some thoughts on what the Bible has to say about gender stereotyping. The Bible stereotypes gender from cover to cover. It is not unbiblical or unloving to gender stereotype our children and to push the boys to be men and the girls to be women because this is the way God made them.

There is nothing unbiblical about gender stereotypes. The Inspired Word of God has multiple areas of stereotyping. Please note the following passages: 1 Corinthians 13:11 says, “When I was a child, I spoke like a child, I thought like a child, I reasoned like a child. When I became a man, I put aside childish things.” Paul stereotyped children and said when he became a man he stopped acting like a child. Also in 1 Corinthians 16:13, “Be alert, stand firm in the faith, act like a man, be strong.” Notice, Paul did not say, “Act like a woman.” Paul specifically singled out a â€˜manlyâ€™ way of doing things. The last verse I will mention is 1 Kings 2:2 which says, “I am about to go the way of all the earth. Be strong, and show yourself a man.” King David’s admonishment to his son. Show yourself a man. Why are Christ followers so repelled from stereotypical language?

There are dangers from not implementing gender stereotyping. By laying aside gender stereotypes, it leaves some children questioning which direction to go, or just going with cultureâ€™s flow. By not being intentional, we leave our children to come up with their own ideas about what it means to be men and women. What is the problem with this? This is like saying, â€œWe Christian parents are going to raise our children to follow Christ but we arenâ€™t going to teach them how.â€ If you want passive, non-aggressive men who hide behind women when going through a dark alley, (read: raise your boy to be a coward) do not implement gender stereotyping. If you want your daughter to be overly aggressive, have a non-submissive nature who push men out of leadership slots then do not implement gender stereotyping.

If we do not implement gender stereotyping, how else can we train our boys to be men and our girls to be women? What other tool can be used to do this? Please reply if you have any ideas because I canâ€™t think of one. How can we fight our curses (women desiring manâ€™s position and men either abusing authority or not taking responsibility) if we do not gender stereotype? Why do children need training in every other area of life except how to be men and women? In the end this fight on gender stereotypes ultimately fails because most children will mimic their sex. The boys will imitate the men in their lives and girls will imitate the women in their lives. It is a shame that we are failing our children who need the extra push, who need more guidance, who are in desperate need to find who they truly are, all in the name of political correctness and â€˜loveâ€™ because the loving thing to do is to let the child do whatever they want, even jump off a cliff.

As I have shown, it is not unbiblical to stereotype ones gender. God made us to represent. Men represent a unique characteristic of God and women represent a different but unique characteristic of God. When we cross the lines, we are essentially telling God that He made a mistake in who He created men and women to be. If we fail to listen to what the Bible says, then letâ€™s at least listen to the voice of reason. What is safe? What side should we err on? Gender stereotyping has worked for all humanity. Why, suddenly when the sexual revolution has struck, do we suddenly say that one has a choice of what gender to be? And why have Christians been so invasively caught up with it? We Christians need to stand and fight this culture on not only what is Biblical but what is best and the most loving thing to do for our children. 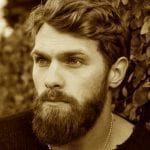 Daniel Mason studied theology in his undergrad, and currently pursuing graduate studies, with a particular interest in the Dutch statesman, Groen van Prinsterer. Daniel Mason is the co-founder of The Reformed Conservative.

Do Women Today Idolize Children?
Women in Combat: Scripture's View
"The warriors of Babylon have ceased fighting; they remain in their strongholds; their strength has failed; they have become women..." Jeremiah 51:30.
Are women really the stronger sex spiritually?
The stats say that 66% of women pray at least daily but only 49% of men. But, we have to ask, does praying more actually make you more spiritual or more godly?
But it's Christian Liberty - Female Combatant Series
Does Scripture say anything about women in combat? Or are women free to do what they desire in this matter? How has the church historically understood this topic?
2016-09-30T12:40:46-04:00By Daniel Mason|Theology and Scripture|