What follows in an extract of Dr. Wes Bredenhof‘s post which in turn is an extract of his dissertation, For the Cause of the Son of God (now published by Reformation Media and Press).

Earlier….we noted that many in the sixteenth century had an understanding of the interplay between religion and politics that is no longer in vogue today.  Article 36 of the Confession embodies this particular understanding and leads us to consider whether this perspective may be regarded as a weakness.  According to the Belgic Confession, what is the role of the civil government with respect to the ministry of the church, including its mission to the world?  Is this perspective a liability or an asset?

Most modern editions of the Confession have a footnote in article 36.  The footnote is attached to this sentence and is referenced with the asterisk:

Their task of restraining and sustaining is not limited to the public order but includes the protection of the church and its ministry in order that * the kingdom of Christ may come, the Word of the gospel may be preached everywhere, and God may be honoured and served by everyone, as he requires in his Word.[1]

The footnote in the Canadian Reformed edition reads:  “The following words were deleted here by the General Synod 1905 of the Reformed Churches in the Netherlands (Gereformeerde Kerken in Nederland): all idolatry and false worship may be removed and prevented, the kingdom of antichrist may be destroyed.”[2] The Christian Reformed Church took a different approach.  The Synod of 1958 rewrote this section of the Confession to read as follows:

And being called in this manner to contribute to the advancement of a society that is pleasing to God, the civil rulers have the task, subject to God’s law, of removing every obstacle to the preaching of the gospel and to every aspect of divine worship.  They should do this while completely refraining from every tendency toward exercising absolute authority and while functioning in the sphere entrusted to them, with the means belonging to them.  They should do it in order that the Word of God may have free course; the kingdom of Jesus Christ may make progress, and every anti-Christian power may be resisted.[3]

From this it is evident that article 36 has received much scrutiny from Reformed churches in the last century.[4]

It has also received its fair share of misunderstanding.  For instance, John Coakley argued that, while adherents of the Belgic Confession believed that the gospel was to be spread in the world, they nonetheless held to a peculiar view (from a contemporary perspective) of how that mission was to be executed: “As for the activist work of establishing places for the gospel to be heard, what we would now call ‘church extension,’ the Belgic Confession assigned this not to the church per se, but rather to the civil government.  It is the magistrates, not the ministers, elders, deacons, or assemblies of the church, who are charged ‘to promote the kingdom of Jesus Christ and to take care that the word of the gospel be preached everywhere, that God may be honored and worshipped by everyone, as he commands in his word.”[5] From Coakley’s perspective, article 36 is a liability for the missiological relevance of the Confession since it takes mission out of the hands of the church.

It is possible to read the Confession in this way, particularly in its original French:

The important words here are ‘pour oster’  and ‘pour destruire.’  It is true that ‘pour’ can sometimes indicate a direct result, as if de Brès envisioned that it would be the civil magistrate who would himself do these things.  However, ‘pour’ plus the infinitive indicates a calculated result, meaning that it was the intent of de Brès that the magistrate would protect the ministry of the Word with the consequence that, because of that protection, the church would see to it that idolatry and false worship were destroyed, the gospel would be preached, the kingdom of antichrist destroyed and the kingdom of Christ advanced.  Thus, Coakley was incorrect in alleging that the Confession placed mission in the hands of the magistrate rather than the church.  It is especially inconceivable that de Brès would have imagined that the state would be responsible for the preaching of the gospel to everyone.  That is the most important clue to tip us off to a different reading of this article.

David Bosch noted that in the seventeenth century, the Reformed churches in the Netherlands were involved in mission within the context of Dutch colonialism.  While he curiously calls this a “superficial missionary effort,” he adds, “It does credit to many Dutch theologians and missionaries, however, that as a matter of principle, they did not regard mission as a responsibility of the state.”[7] Since this church adhered to the Belgic Confession, we can conclude that the Belgic Confession was not understood to be saying that mission was the responsibility of the civil magistrate in its first century of use in the Reformed churches.

In his commentary, J. VanBruggen argued that the deletion of the controversial words from article 36 was regrettable and based on a misreading of the Confession.  A careful reading, he maintained, proved that the Confession’s original position conformed to the teaching of Scripture.  Article 36 did not mean that the government was responsible to organize the church or perform its ministry, but simply that it was to protect the church, guard it from hindrances, and provide it with the room it needs to conduct its ministry.  With regards to the removal and prevention of idolatry, VanBruggen argued that in “the domain of public life, the practice of idolatry and false religion ought to be prevented and forbidden.”[8]

Clarence Bouwman has argued in a similar manner:  “De Brès’ point with the removed words was that when the government gives the church space to preach the gospel, idolatry and false worship in fact are being removed from the community.”[9] Seen from this perspective, there is no weakness at this point in the Belgic Confession, either in its redacted or original forms.  The church has its responsibility to preach the gospel, and this is a missionary responsibility.  The state has a responsibility to protect the church so that the church can faithfully and effectively carry out its gospel ministry.  From passages like Psalm 2 and 1 Timothy 2:1-4, we can recognize this as a biblical position.

Much more could be said about the relationship of article 36 to the mission of the church, but that would be best left for a missiological commentary.  It can be stated with confidence that the position taken is not a weakness, but should be regarded as a strength.  The Confession equips Reformed missiologists with a timeless biblical position on the relationship between church and state.  While this relationship is not currently in place, it is something for which to strive. 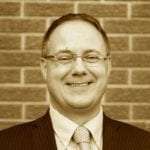 Dr. Wes Bredenhof received the Master of Divinity degree from the Canadian Reformed Theological Seminary in Hamilton, Ontario. He was also granted the Diploma of Missiology from CRTS. He is an author of numerous books and the pastor of the Free Reformed Church, Launceston, Tasmania.

Calvin's Influence on Legal Theory
When thinking of John Calvin, we don't think of politics and legal theory. Read more about his influence on legal and political theory and who he impacted.
Christ and Poverty
Jesus flattered no one, neither rich nor poor, but put both in their place. With our men of influence you generally find either scorn for the poor and flattery of the rich, or abuse of the rich and fl...
Poverty and Christianity
Sin and error have joined forces to compound man's misery; increasing poverty and suffering. Thus, only when man is free from sin and error may such suffering be entirely vanquished.
What Is Reconstructionism? What Is Theonomy?
Should we as Christians fall under "Reconstructionism" or the "Theonomy" Camp? Should we focus on God's law or man's law? Could there be a middle ground?
2019-12-06T03:43:36+00:00By Wes Bredenhof|Theology and Scripture|
Toggle Sliding Bar Area
This website uses cookies to improve your experience. We'll assume you're ok with this, but you can opt-out if you wish.Accept Read More
Privacy & Cookies Policy
Necessary Always Enabled