Rebuilding civilization will be a project soon halted without literature, academics, and history. As Augustine understood, a city is a community of people united by a shared love. Taking Augustine’s point more loosely, a shared love of ideas, ideals, stories and histories are necessary to build again. Therefore, literature and history are necessary points of departure as we move forward in a crumbling civilization.

Yet, any concerned soul who would see civilization rebuilt will understand the prudence of drawing on both the past and the present. This yearly list will provide works both ancient and new. It is a list designed to inspire and critique, to sharpen and to encourage.

Shakespeare’s Hamlet- Considered by many to be the Bard’s masterpiece, Hamlet is a tragedy brimming with insight into human nature. In fact, Hamlet was Abraham Kuyper’s favorite work, with more allusions and references to this great work than any other. This is not terribly surprising for Hamlet is remarkably quotable.

Hamlet has much to teach regarding politics and family, both topics in need of sustained deliberation and dialogue. And with over 1300 references, quotes, or allusions to Scripture in the body of Shakespearean literature, his magnum opus is a must-read for any Reformed Conservative.

Nisbet’s Quest for Community– Perhaps the most powerful testimony to the danger of individualism and collectivism, Nisbet’s book is a classic.

When the institutions that exist in between the State and man–church, family, business–erode beyond repair, the State steps in to fill the gap. Worse, the State is often the cause of that erosion. Individualism always and inexorably leads to collectivism. This point, in fact, was first made by Kuyper in his address on poverty.

Nisbet’s solution is the creation of strong, local communities, which human nature needs and a sound civilization demands. The beauty to his solution is that no expertise is required- everyman can pull his load without any real obstacles in the way.

Vanishing American Adulthood– Senator Ben Sasse has produced a helpful analysis of the present state of the American population. Civilization does not exist where no responsibility exists.

But overprotective parents coddling their children are failing to raise responsible and capable children with the grit necessary to build and maintain Western civilization. Yet, not only does Sasse offer an analysis, he also offers a plan to move forward.

Augustine’s Confessions– A classic exploration by one of the most influential minds in all of Western civilization, Augustine’s Confessions are read by theologians and literature buffs alike. As Ryan Reeves points out, “Augustine presents his own life as an example to follow and imitate in the difficult work of achieving Scriptural self-understanding.” Any rebuilding of society–if successful–will require a sober and Biblical view of sons of Adam.

Our underlying rot in society is due to not knowing rightly who God is and not knowing who we are. By coming to terms with our sin nature, as Augustine did, we are also equipped to better understand society. Furthermore, reading Augustine provides the added benefit of better understanding much of literature through the ages, since the best books have been but a part of a conversation now over 2500 years old.

Being There: Why Prioritizing Mother in the First Three Years Matters– Women seeking careers at the expense of family and children has perhaps done more to destroy the home than pornography or television. Abandoned, ‘latch-key’ children are disproportionately more violent, and is the leading correlation among mass shooters and serial killers.

Erica Komisar addresses the issue of motherless parenting and explains how to mitigate this cultural stumbling block. Being a mother isn’t easy and there are no do-overs. But better understanding the effects of institutionalized childcare is the first half of the parenting problem equation.

George Orwell’s 1984– Always a fan favorite, Orwell (originally named Eric Blair) has captured the imagination of thousands. 1984 is just as much of a brilliant novel as it is a polemic against socialism. Although Orwell considered himself a socialist (for he loved the ideal), he also admitted that it could not work. Orwell’s masterpiece is a thoughtful exploration of love and power, equality and freedom, society and the individual that prompts reflection on every other page. Besides, due to Orwell’s influence on the English language and culture, 1984 becomes almost necessary to intimately grasp the phrases, “Orwellian,” “thought-police” and “thought-crime.” Orwell’s insight coupled with his excellence abilities to craft a story has guaranteed him a place in the dystopian literature halls of fame.

Groen Van Prinsterer’s Unbelief and Revolution– A classic Burkean work on history, Groen initially earned a place in the heart of the Dutch reformed church, but is now making ground in English speaking countries. Groen’s work establishes the principle of antithesis which profoundly influenced Kuyper. He shows that the French Revolution was, from the ground up, a product of unbelief. The only solution to the turmoil, chaos, and bloodshed is the gospel. Modernity began with the French Revolution, and we cannot fully understand our own disease–and the consequent cure–if we do not understand Groen’s diagnosis of 1789.

Ryan details a wide variety; a brief history of the transgender movement, the false medical claims, testimonies of those who ‘detransitioned’, and insightful critiques of the arguments used for justifying transgender policies and practices. The transgender question is one that no church can hide from, and increasingly, no parent. When Harry Became Sally uses the latest research, yet will be discussed for years to come.

Bernard of Clairvaux’s On the Love of God- Written roughly 1000 years ago, Bernard’s short treatise on love is a worthy meditation. He categorizes love into four kinds and orders them from least to highest. As the ‘honey-tongued doctor’ put it, “God deserves to be loved very much, yea, boundlessly, because He loved us first, He infinite and we nothing, loved us, miserable sinners, with a love so great and so free.”

To reiterate the near-impossible to over-emphasize, community and society is a place where love exists. No list intended to rebuild civilization which fails to draw upon its classics, and especially ones pertaining to love, is a list that is prepared for the task at hand. 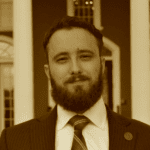